Welcome to the Highland Park Class Of 1971 web site.

James M. “Mike” Dark, 67, of Topeka passed away on October 25, 2020.   Mike was born August 1, 1953 in Topeka the son of James and Vanessa Dark.   Mike graduated from Highland Park High School with the class of 1972.   He worked at the Capital Journal and Atlas Van Lines before moving to Pocatello, Idaho where he worked at a dairy.  Mike returned to Topeka and worked in Lawrence.

He enjoyed hunting, baseball and fishing, talking on his C.B radio, riding his Harley Davidson, collected models, motorcycle movies and playing bass in the two country western bands he was a part of, Cross Country and County Line. 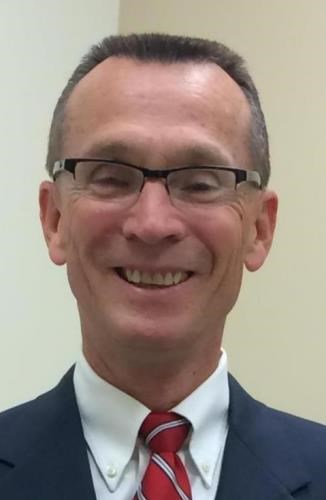 He was born February 16, 1953, in Saint Louis, Missouri, the son of Hosie and Helen (Bradshaw) Gill. He was a 1971 graduate of Highland Park High School and received a Bachelor's Degree from Washburn University.

Larry was employed at the Kansas Insurance Department under Fletcher Bell for over 10 years and completed his career with Kansas Medical Mutual Insurance Company (KAMMCO) in Topeka, retiring as Senior Vice President.

He was a member of Wheatland Cycling Team, Kaw Valley Bicycle Club, Sunflower Striders and the Harley Owners Group all in Topeka. He also served on the Board of Directors of the Evel Knievel Museum in Topeka.

Larry married Elaine Jarboe on September 23, 1972 in Topeka, Kansas. She survives in Topeka. Other survivors include his daughter, Jessica Johnson and her husband, Dr. Eric Johnson of Topeka; his son, Tyler Gill and his wife, Jennifer Kongs of Lawrence, Kansas; and three grandchildren, Sophia, Victoria and Xander; his mother, Helen Figgs of Topeka; brother-in-law's, Vern (Deborah) Jarboe of Topeka and Carl (Mariann) Jarboe of Council Grove, KS; his mother-in-law, Laurine Jarboe of Topeka; and his canine companions, Tilly and Teddy.

Larry was a proud husband, father and "Papa". He loved bicycling and the many life-long friends he made on two wheels.

Honoring his request, cremation is planned. A celebration of life will be held at a later date. Dove Cremations and Funerals, Southwest Chapel is assisting the family. Memorial contributions may be made to Stormont-Vail Foundation, 1500 S.W. 10th Ave., Topeka, KS 66604. To leave a special message for the family online, visit www.DoveTopeka.com. 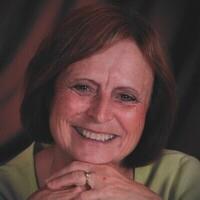 Cheryl A. Whitney, 67, passed away on October 22, 2020 in Sebring, FL. She was the daughter of the late Junior Sawyer and Margie (Mongold) Sawyer . She was born in Topeka, KS on September 26,1953. She had been a resident of Sebring since 1974. Cheryl was a member of the Church of the Way. She worked as a receptionist in the medical field. She is survived by her loving children Brian (Jennifer) Green; Dawn (Shane) Lamarre; Michael (Lauren) Whitney and Jason (Mindy) Whitney; sisters- Leona Crane and Ginger Lane. Surviving are also 9 grandchildren. She was preceded in death by her parents, husband James Whitney, Jr, brother – Billy Rawlings, sisters- Christy Kennedy, June Kirk and Linda Noel.

A memorial service for Jim and Cheryl will be held at 10:00 am on Saturday November 7, 2020 at Stephenson Nelson Funeral Home in Sebring.

Memorial contributions can be made to

Online condolences may be left at: www.stephensonnelsonfh.com

….. to the HPHS Class of 1971 website on ClassCreators.com - built and maintained by HPHS 1971 Alumni.  Our purpose is to provide a free and ad-free social networking site for the members of the class of ’71 (and the occasional special guest).

Not a member? Join Here. Find and click on your name.

WHERE ARE THEY NOW

Who lives where - click links below to find out.